We received as a donation a laptop that was given to a CASA DE AFRICA volunteer, from Centro Basura Cero.

Act for the 60th Anniversary of the Independence of Algeria

In the Hall of the Chateau Libertador

Museum for Democracy. City of Rosario

Agreement between our faculty and the House of Africa

The agreement offers students from Africa an annual Spanish course at PRAELE, a necessary requirement to be able to start any of the careers at the National University of Rosario. 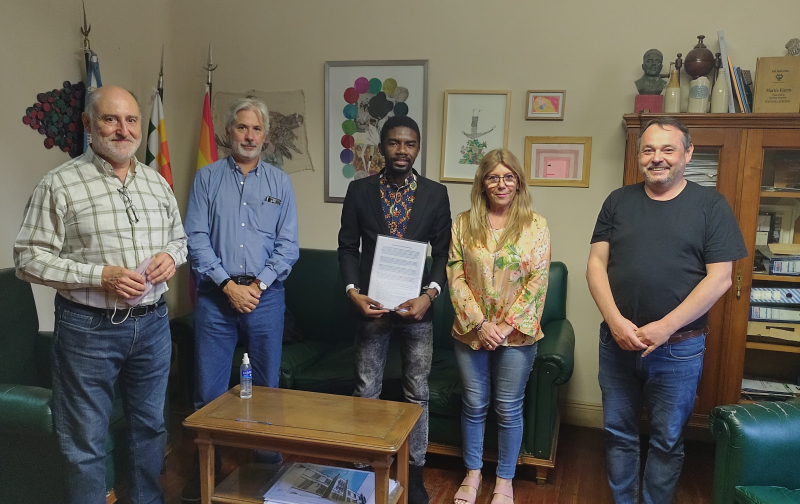 Mr. Rodrigo Herrera Bravo, Directors of the Institute for Strategic Planning of Relations with Africa, Asia and Latin America of the National University of La Plata, and Ms. Vice President Susana Yang 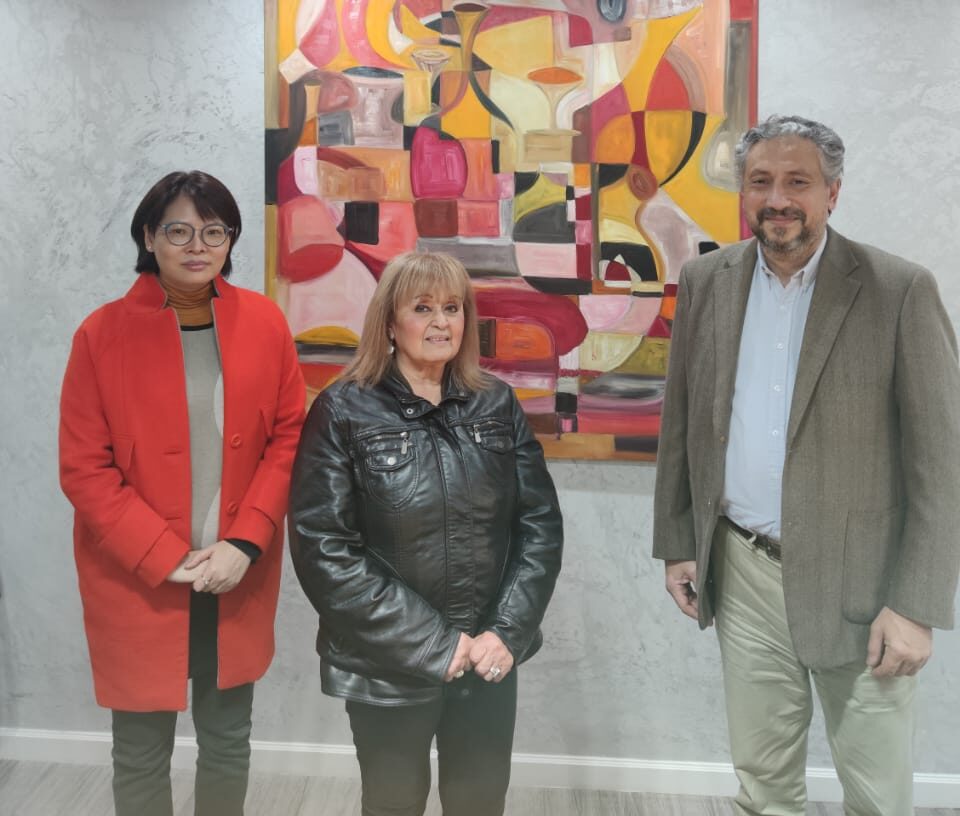 On the occasion of the celebration of the Day of the Afro-Argentines on November 8, the CASA DE AFRICA was visited by officials of the Government of the City of Buenos Aires: Pamela Malewicz, Gustavo Gesualdo and Mercedes Barbara

Recognition to the House of Africa in Argentina, in the Buenos Aires City Legislature.

Intervention by Abdoulaye Gothé and Irene Ortiz Teixeira, by the House of Africa in Argentina and by Deputy Alejandro Bodart. Year 2014

Africans are not guinea pigs

With Professor Delia Sciascia, delegate of Casa Africa in Argentina, we discussed the inhuman suggestion made by two famous French scientists, Jean Paul Mira, head of the resuscitation service at the Cochin Hospital in Paris and Camille Locht, director of research at the Inserm , of using Africans as guinea pigs in the test of a possible vaccine against COVID-19. As this is not the first time such a practice has occurred, a general alert against such insinuation has been raised worldwide.

Irene Ortiz Teixeira, President of the Casa de Africa in Argentina
Daniel Brion, author of the book of the life of María Remedios del Valle

Afro-descendant, heroine in the struggles for independence. The ceremony was chaired by the President of the Council, María Eugenia Schmuck, and at the initiative of the Casa de África in Argentina and the Asociación Civil La Comuna

Emotional words of Robinson, who maintained that «it is a pleasure to be able to be in this act over a woman who was very important in the history of Argentina». He mentioned that «we are Haitians, children of the first black republic that said no to slavery and colonialism» and noted that «we are part of Rosario, we study, we work, we create jobs, we also suffer crises

The «National Directorate of Racial Ethnic Equity, Migrants and Refugees» was created, which will be in charge of Carlos Álvarez Nazareno, the first Afro-descendant who holds a public office in our country, Argentina. This is part of the National Human Rights Secretariat. On January 21, 2020, the presentation to the public of this new Directorate, whose Director, is an activist and member of Afroxango and the November 8 Commission, was made in the «National Archive of Memory». «We want to work with migrants through policies of inclusion and development. It is important to understand that union in all communities will allow us to make Argentina much more inclusive and equal. We want to work with everyone and everyone, with the recognition of the diversities of all communities, collectivities, respecting and promoting the Afro-Argentine community, but also all migrant and refugee groups We have made the commitment to build a much fairer Argentina, where each and every one of the rights of migrants and communities, «said Carlos Álvarez Nazareno, who committed himself with the Afro-Argentine community to fight for the visibility of their problems. Miriam Gomes, representative of the Cape Verdean community of Dock Sud, and active member of the Gender Area of ​​the Commission November 8 (8N), said: “This is a historic moment, the Argentine State once again has a black presence in its officials, this It had not happened since the 19th century. The nineteenth century was very Afro-Argentine, there was fostered the Argentine culture, with the African presence, which at that time was majority. It can be said that in the 19th century 35% of the population was black in the city of Buenos Aires, and 60% each of the provinces. What happened to that presence? That had participation in the famous wars of independence, however, the black community never ceased to exist. The black community in Argentina did not disappear, we only passed to the margins, they took us out of the capital, they took us out of the visibility range. «On the other hand, the representative of the association of the Congolese community in Argentina said» This presentation generates me a mixture of emotions, because I know, that rights are never given always conquer, with this I mean, if Carlos is there, it is not a gift, he came there, fighting together with other people, and conquered a right, to which can grant other rights ”.

We received the magazine "Ecology and Development" for our library.

It contains one of these magazines, an important note about Virunga National Park, in the Democratic Republic of the Congo, the first national park in Africa.

Visit of Mr. Guillermo Alvarez Naverán, in Buenos Aires. He gave us a «Canne du Chef du village» Command Staff from the Chief of an African tribe in Cote d’Ivoire.

The heroine is María Remedios del Valle. María was an Afro-Argentine military born in 1766 in the city of Buenos Aires. He accompanied the defeated army of Manuel Belgrano in the battle of Ayohuma and she acted as an assistant in the English invasions. He was auxiliary and combatant to the army of the North in the war of independence of Argentina. He had the title of captain and mother of the country and then the rank of sergeant major of the army. In his honor, Law 26 852 establishes November 8 as “National Day of Afro-Argentines and Afro culture”.

Drinking water is one of the big problems in Africa

We create ties so that this new way of purifying water, created in Argentina, is promoted and taken to communities that do not have access to water suitable for consumption.

Delia Sciascia, delegate in Rosario of the House of Africa in Argentina, met with Mr. Guillermo Alvarez Naverán and Messrs. Of the company “S R Agua de Vida”

Commerce and Tourism carried out by the Vietnam Embassy in Argentina

Held on November 5 at the San Miguel Palace in the city of Buenos Aires. Gastronomy, culture and tourism came together, with a huge number of guests.

House of Africa in Argentina

Present in the act carried out by the School N° 15

In the city of La Plata

Meeting with the Delegation of the Argentine Chamber of Commerce-R. D. Congolese, in the city of Rosario

Its mission is to create bridges between Argentina and the Democratic Republic of the Congo, related to agriculture and direct sowing.

42a. Book Fair of Buenos Aires. 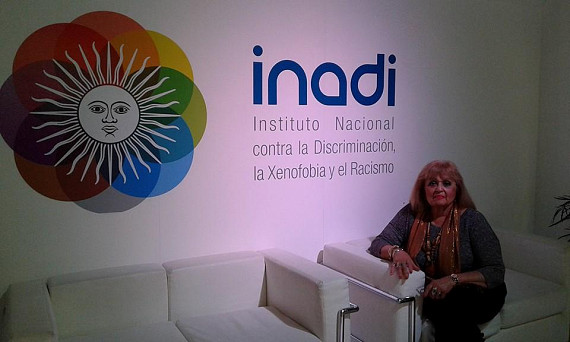